Last week, former Republican National Committee Chair Michael Steele and GOP strategist Saul Anuzis argued why the GOP should embrace determining the Presidency by the popular vote.  Besides the irony of Steele positing Trump thinking he can win the popular vote means he can, it misses the major features of having the Electoral College.

Not that Steele or Anuzis are the only ones who ignore why we have the Electoral College.  On the surface, it can be very appealing to argue the Popular Vote should determine the Presidency.  One vote should count as one vote shouldn’t it?  And every vote in every state would matter which means more voters might turn out from California to Idaho to New York. Each assumption is dubious at best.  What is not dubious is why we have the Electoral College.

First-off, despite protestations from Democrats claiming the Electoral College benefits Republicans (like for Obama, right), historically, the EC has not worked to any party’s benefit.  Until 2016, it was Republicans arguing the EC benefited Democrats because of the Blue Wall.  It was thought in 2016 Trump would have to win the popular vote by one to two points to even have a shot.  Look how that turned out.

The Electoral College ensures no party has a lock on the nation’s positions of power.  Just think, Republicans were dominating every major state until 1932, Democrats until 1980, Republicans until 1992.  Obviously, the supposed lock the EC gives a political party is not absolute just based a quick view of history.  It creates a healthy tension in our two-party political system where parties have to adapt to changing regional economies and demographics (note: Republicans, please pay attention to that last part).

Not that this has impacted Democrats thought process.  A number of liberal sites (here is a sample) turned around and suddenly argued how inherently biased the EC is.  Right after the 2018 midterms, many Democrats in states they controlled passed legislation having their states join the Popular Vote Interstate Compact.  Basically, once enough states have joined, with a combined 270 Electoral Votes, every state in the Compact will allocate its votes by the popular vote margin.  Which ironically, may be unconstitutional considering what if a Republican wins the popular vote, forcing many blue states which voted Democratic, to give their votes to the GOP candidate.

Be that as it may, it has been argued the Electoral College also violates the premise of the one person, one vote promise.  Except, that promise has always only applied to Congressional and statewide races and never to our sole federal contest.  Rather, and most importantly, the EC is meant to ensure the winning candidate has deep geographical and political support in multiple parts of the country.

This also creates a tension within a winning party’s coalition but it also ensures the interests of many Americans are represented regardless of the electoral outcome.  For example, just look at Trump.  He has to balance the competing of interests of suburban whites with Cuban-Americans, social conservatives and more.  Trump has an electoral incentive, not just a “I am an honorable guy” reason to balance these interests.

Conversely, using again the 2016 election for our example, imagine if we had the popular vote.  Hillary Clinton won 19 states plus DC while Trump won 31.  Clinton’s entire popular vote margin can be explained by her advantages in two states, New York State and California.  How could Clinton claim to be able to legitimately represent the interests of Americans in every state, or even a majority, if she carried a mere 19 states?  How could she even speak to the interests of the majority of the country when they did not vote for her?  The short-answer: she cannot.

Also, we still live in a nation where states have defined boundaries, laws, rules and elections.  Having  popular vote for our single federal officer basically make these boundaries moot would be a slap at the sovereignty of every state.  The conservative argument for the Electoral College being they don’t wanted to be ruled by massive cities in California and New York, while partisan, is valid.

But, I digress, by far the biggest reason we have the Electoral College is geographic representation it provides (like the Senate).  Whether small towns, suburbs, big cities, favor one party over the other.  The Electoral College creates an incentive, and more than that, an imperative, for the winning candidate to establish a deep and durable geographic coalition.  In turn, this means the voting coalition a winning candidate will have will also be deep, wide-ranging and sometimes have conflicting positions.

Arguing the popular vote should outweigh this ignores the significant and valid reasons we have the EC.  Without the EC, candidates would have little incentive to reach out to broad ideological and geographic interests and truly stick with their bases.  But, worse, their bases would be geographically concentrated, leaving the interests of vast swathes of the country unrepresented and ignored.

This viewpoint tends to get discounted by the arguments in favor of the popular vote: one person, one vote, elimination of battleground states, and fairness.  Ignored is the fact we only have one truly federal election, for President, and the President has immense powers and oversees the entire country.  As a result, it is immensely important the President have won the votes of voters everywhere; small towns, big cities, the suburbs.  The Electoral College ensures this happens.  Case in point: Despite losing the popular vote in 2000, then candidate Bush won more states than Al Gore, and he did not need Florida to do it.  Bush did it again in 04 and Trump repeated the feat in 2016.  Maybe instead of Democrats arguing for the abolition of the Electoral College, they should use that energy to find a candidate who can appeal to voters of all races, colors, creeds and geographic locales. 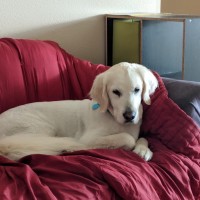 Gabe is a 31 year old non-profit executive who currently resides in Boise, Idaho. He considers himself a staunch fiscal conservative and moderate on social issues. He majored in political science from Boise State University and is also an editor at American Watchmen. Gabe is passionate about politics and is worried about where America is headed and that neither the president or his party seems to want to do anything about it.