Will a non-partisan crowdfunding platform please stand up?

ShareTweet
Crowdfunding platforms are viewed by many as a path towards sustainable online media, but the last few weeks have shown there’s still plenty of teething to get through. Botched or controversial fundraisers tend to grab more headlines, but the elephant in the room is that the platforms themselves seem incapable of nonpartisanship. For those of you who don’t know, Kickstarter has gotten itself into trouble recently by blocking the unionisation of its workforce. The company has not handled it well. After firing two employees who just so happened to be leading the push for a union, Kickstarter went on to reject other employees’ request to formally recognise one. The company has shot itself in the foot so much lately that one can only assume its management now walks around on bloody stumps. A number of high profile Kickstarter users have committed to a boycott of the platform until it stops blocking unionisation. Nathan J. Robinson, editor of left-wing magazine Current Affairs, which launched in 2015 following a Kickstarter campaign, has been a vocal critic, with the likes of author Neil Gaiman and actor David Cross joining the calls for a boycott. More than 800 Kickstarter investors and creators have signed a petition requesting Kickstarter reconsider its position. This makes for a heartwarming show of solidarity, but one with pretty severe consequences. Stand-offs like this compromises everyone who uses the platform, on which $4.5 billion has been donated by 5.5 million donors. Those who boycott by extension boycott creators who have done nothing wrong; those who don’t boycott become complicit in a platforms behaviour. It is an impossible situation. Lest we forget, this is not the first time a crowdfunding platform has gotten into trouble with its users. Patreon has had its own brushes with controversy, though in quite different circumstances. Last year several of the platform’s biggest success stories — Jordan Peterson and Dave Rubin among then — deleted their accounts after the platform banned Carl Benjamin, aka Sargon of Akkad, and Milo Yianopalis. When pressed on this, Patreon reaffirmed their stance against hate speech, stating they wanted to cultivate a ‘safe community.’ Benjamin had been recorded using racist slurs, and Yianopalis has a storied history of controversy, most notably making light of peodophilia, an episode he has since apologised for. Now, I have far more sympathy for unions, socialist journals, and the cast of Arrested Development than I do for hateful speech and alt-right agitators. These two episodes are not the same, but behind both there are similar issues which, left unresolved, threaten to undermine the entire crowdfunding ecosystem. The entire point of crowdfunding platforms is they cut out the middlemen. If you like what someone does and want to support them, you can do so directly. No record labels, no television networks, no third parties. Crowdfunding platforms present themselves as invisible, because that’s their appeal. As soon as they insert themselves as a third party the dynamic falls apart. The question facing the likes of Kickstarter and Patreon is this: are you an enabler or a regulator? If it’s the latter, we’re left with the age old question — who watches the watchmen? And beyond that, where can creators turn when a platform places itself at odds with their values? YouTube’s standards for ‘advertiser-friendly’ content and Patreon’s community guidelines often use very similar language. No question a totally non-partisan platform would bring its own wealth of problems. I don’t like hateful, ignorant talk. I also don’t trust private corporations — or anyone else for that matter — to draw the line. As far back as 2010 PayPal was cutting off payments to the KKK in the same breath as it did the same to Wikileaks, boycotts were called, and round and round we go with no real consistency established. What’s the endgame here? Different crowdfunding platforms for different political backgrounds? A socialist Patreon, a conservative Kickstarter, a libertarian GoFundMe? It’s absurd, and at the moment it doesn’t seem all that unlikely. Is it too much to ask that these supposed bastions of new media not get into ideological standoffs with their users?
0
#Crowdfunding#Fundraising#Kickstarter#NGO#Unions 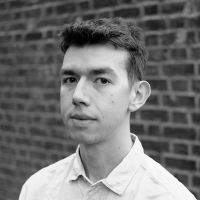 Frederick is a writer from London with a background in sustainable development. His research has featured in The Independent, the Evening Standard, and the New York Post, among others. He conforms to most British stereotypes.

I don’t know if you’ve heard, but there’s a pandemic going in. It’s not going great. With a virus sweeping …

When Hugh Hefner launched Playboy magazine in the mid-20th century, he didn’t only launch a small media imperium but turned …